The return to action of veteran point guard Rajon Rondo is ‘huge’ for the Los Angeles Lakers as they move forward through the playoffs, said Ovie Soko.

After missing all eight seeding games and the Lakers’ first-round playoff series win over the Portland Trail Blazers with a fractured right thumb sustained during practice in mid-July, Rondo has had made an immediate impact upon returning to action against the Houston Rockets in the Western Conference semi-final series.

In the Lakers’ 112-102 Game 3 win that earned them a 2-1 series lead, the 14-year veteran finished with 21 points and nine assists, scoring eight straight points during a 10-0 run early in the fourth quarter that put the Lakers ahead for good.

Rondo assisted on a lay-up by James that put the Lakers ahead with about 10 minutes remaining. He then hit a three-pointer to give the Lakers an 89-85 advantage, their largest lead to that point. After a Houston timeout, Russell Westbrook missed a shot and Rondo sank another three. He then stole the ball from Harden and made a lay-up to cap the 10-0 run.

“Playoff Rondo is real,” Anthony Davis said. “His intensity picks up. He wants to guard the best perimeter guy. He is shooting the ball very well, making the right passes. His IQ is on another level.”

Speaking on the latest edition of the Heatcheck Overtime podcast, Soko echoed Davis’ praise and explained how Rondo’s presence alleviates pressure on LeBron James and punishes Houston for defensive errors.

“(Fellow Heatcheck regular) Mo (Mooncey) said a couple of weeks ago Rondo would come back and play strong, and to be fair he has. He surprised me,” Soko said. “He has given the Lakers a real primary ball-handler behind LeBron James. Someone who can orchestrate things and punish the Rockets for their switching and their style of defense.

“Against teams that like to switch a lot, you need ball-handlers who can pass well to punish those late switches and hit the big man on slips. That’s a job LeBron James does but at times you want him on the receiving end of those passes from time to time.

“When James is off the court, the Lakers need a ball-handler who can punish the Rockets. Rondo’s return has been huge. We have seen him make those other Lakers role players much better and much more effective which is going to be huge for the team moving forward.”

Mooncey reiterated Rondo’s ability to lift his game on the biggest stage and said his return had enabled the Lakers to impose their style of basketball on the fast-paced, run-and-gun Rockets.

“I have seen a lot of Lakers fans say a lot of things about ‘Regular Season Rondo’. You might know about ‘National TV Rondo’ – when he has those games on primetime networks, he always shows up. But now you are meeting ‘Playoff Rondo’. He really is one of those guys who can flip the switch and perform when the pressure is at its highest,” he said.

“You can see the difference Rondo has made since he rejoined this Lakers line-up. In Game 2 against the Rockets, he was picking up James Harden full court on defense, causing turnovers and getting into passing lanes.

“More importantly, he dictated the pace of the game and the Lakers were able to play their style of basketball. In Game 1, the Lakers played Rockets basketball and Houston won that game. He is a difference-maker, whether or not he fills up the stat sheet.

“Rondo is an NBA champion. He has played with some of the best players of all-time. To put him in there alongside LeBron James and Anthony Davis is an amazing match.

“If the Lakers want to win this series and the next series, LeBron James has to be more aggressive. The Lakers have only lost one game when James has scored more than 30 points. He needs to be saying, ‘I’m going to go out and I’m going to get 30’.

“In order to do that, he needs to be super-aggressive and he can’t be both the point guard and guy scoring 30. He needs to be the beneficiary of some of those passes from Rondo, who can set guys up and get them going early in the game, dishing out dimes to his team-mates. He is an excellent asset to have on this team.”

Should the Bucks Trade Giannis Antetokounmpo? There’s Really Only One Option 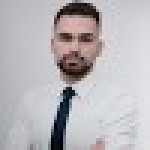